Insulin is a hormone that is produced within the pancreas and it is secreted every time that you eat. Whenever you eat something, your blood sugar levels rise and as a result, the pancreas releases Insulin to bind to the sugar and to absorb it in to your cells. Depending on your fitness and glycogen levels, the sugar will either be used to restore your muscle and liver glycogen or be stored as fat.

When you are insulin resistant, your body becomes inefficient at binding to the sugar and thus, releases more insulin to help counter the problem and when you have too much insulin in your blood, the body is more likely store the sugar as fat.

On the other end, however, if you have really good insulin sensitivity, your body becomes much more efficient at nutrition partitioning and it becomes easier to build muscle and lose fat.

Here are a few ways to improve insulin sensitivity:

Lose fat- Individuals who are overweight have been found to be much more insulin resistant than healthy, active individuals. Of course, this isn’t as easy because the more resistant you are to insulin, the harder it is to lose fat, however, it has been proven that exercise, specifically, strength training, has a very positive impact on insulin sensitivity as your glycogen stores are used up for fuel during the exercise, ensuring that excess sugar is first used to replenish glycogen levels rather than being stored as fat.

Watch your carbohydrate intake- While all macronutrients cause the release of insulin, due to their nature, carbohydrates demand the most amount of insulin. Therefore, it is important to stay within your daily carb limits and try to ingest more complex, fiber-rich carbs such as oats, vegetables and brown rice as these slow down digestion and hence, the rate at which insulin is released.

Active individuals can get away with more carbohydrates than sedentary ones. If you are above 15% body fat (males) or 20% (females), try to have most of your carbs after your workout as that is when your glycogen levels are depleted.

Try Intermittent Fasting- Intermittent fasting is when you ingest nothing but water (or other 0 calorie liquids) for anywhere from 14-20 hours and then have your meals in the remainder of the day. Quite a few studies have shown that intermittent fasting has a positive impact on insulin sensitivity. It makes sense considering that for those 16 hours, you won’t be eating anything and therefore, your body won’t release any insulin in to the bloodstream.

Spices- Herbs and spices such as ginger, cinnamon and turmeric have been proven to reverse insulin resistance and lower fasting blood glucose levels by up to 10%. That doesn’t mean that you run and get some cinnamon rolls, the sugar in those will wreak havoc on your insulin. Instead, add a tsp of cinnamon to your morning oatmeal.

Supplement- Studies have shown that supplements such as alpha lipoic acid (ALA) and magnesium improve insulin sensitivity. ALA mimics insulin in the body and improves the body’s nutrition partitioning ability. This ensures that most of the food is stored in the muscles rather than as fat. Magnesium on the other hand, is required for proper glucose utilization. Take 600-1200mg of ALA and 400mg of magnesium daily to improve insulin sensitivity.

We have found Premium Powders Na-R-ALA to be an excellent source of Alpha Lipoic Acid. 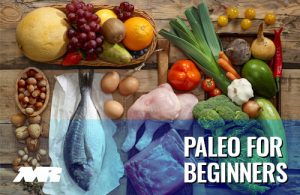 In recent years, the Paleo diet has gained steam and taken over the nutritional views of an overwhelming majority of health-conscious individuals. The basic idea of the Paleo diet revolves 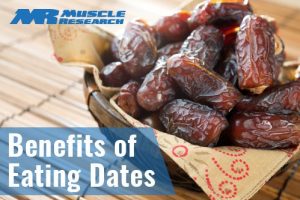 Dates are a fruit that are centuries of years old and have earned special mention in many of the holy books of modern religions, and for good reason. Grown on 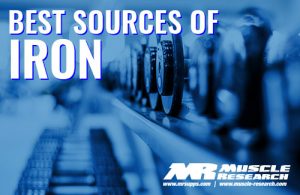 Best Food Sources of Iron Iron is one of many essential minerals that is required by the human body. It is responsible for transporting oxygen throughout your body and an