Complete “on cycle” organ production from Advanced Cycle Support by Iron Mag Labs. Running a cycle of potent muscle building compounds (e.g. prohormones) can bring some of the greatest gains you’ve ever experienced, but with those big gains come some big risks. Advanced Cycle Support is a robust and comprehensive cycle support supplement to be used anytime you’re running an aggressive prohormone cycle, providing the essential nutrients your vital organs need to stay safe and protected while on cycle.

What are the ingredients in Advanced Cycle Support Rx?

One function of the liver is to detoxify and remove toxins, including heavy metals and chemotherapy, from the body. Milk thistle is a liver protective. It is an antioxidant that helps repair damaged liver cells. Studies have shown evidence that silymarin acts almost solely on the liver and kidney. The antioxidant properties in silymarin are believed to be the protective factors. Laboratory studies demonstrate that silymarin functions as a potent antioxidant, stabilizes cellular membranes, stimulates detoxification pathways, stimulates regeneration of liver tissue, inhibits the growth of certain cancer cell lines, exerts direct cytotoxic activity toward certain cancer cell lines.

NAC can help to prevent damage to the liver being a powerful anti-oxidant and cell detoxification co-factor, NAC works to eliminate your body of free radicals and heavy metals. N-Acetyl-Cysteine is currently the dietary supplement of choice for building up cysteine or conserving the body’s store of Glutathione, Cysteine and other Sulfhydryl anti-oxidant resources. This is very crucial for the body’s life functions, as NAC helps the body neutralize toxins, heavy metals, such as mercury

Is highly recognized herb for the heart and cardiovascular system. It has the ability to dilate (enlarge or open) the coronary arteries (the vessels that supply blood to the heart), thus improving blood and oxygen supply to the heart muscle. It also strengthens the hearts pumping ability (muscle), helping the heart to beat more forcefully and efficiently. In addition, hawthorne appears to dilate the highways of other blood vessels around the body, thereby allowing blood to circulate more freely with less strain on the heart. Another benefit of hawthorne berry is that it harbors potent antioxidant properties, which are believed to exert cholesterol lowering effects and reduce the accumulation of fatty plague in the arteries – the hallmark of atherosclerosis.

Is used popularly in Europe for symptoms associated with benign prostatic hypertrophy (enlargement of the prostate). Although not considered standard of care in the United States, it is the most popular herbal treatment for this condition. Saw palmetto was listed in the United States Pharmacopeia from 1906 to 1917 and in the National Formulary from 1926 to 1950. Saw palmetto extract is a licensed product in several European countries. Multiple mechanisms of action have been proposed, and saw palmetto appears to possess 5-?-reductase inhibitory activity (thereby preventing the conversion of testosterone to dihydrotestosterone). Hormonal/estrogenic effects have also been reported, as well as direct inhibitory effects on androgen receptors and anti-inflammatory properties.

Boosts energy, enhances the immune system, and acts as an antioxidant. Clinical research suggests that using coenzyme Q10 supplements alone or in combination with other drug therapies and nutritional supplements may help prevent or treat some of the following conditions: Heart disease, High blood pressure and High cholesterol. Researchers believe that the beneficial effect of CoQ10 in the prevention and treatment of heart disease is due to its ability to improve energy production in cells, inhibit blood clot formation, and act as an antioxidant. Several clinical studies involving small numbers of people suggest that CoQ10 may lower blood pressure. Levels of CoQ10 tend to be lower in people with high cholesterol compared to healthy individuals of the same age.

3nB is the active compound that is unique to celery. 3nB was discovered as the active component of celery in response to investigations by researchers seeking to explain some of the medicinal effects of celery including the lowering of blood pressure and the relief of arthritis. High blood pressure is usually the result of too much fluid there is in your blood and how flexible or resistant your blood vessels are. Retention of sodium (salt) leads to increase fluid volume in the blood while hardening of the arteries and the hormones released during stress lead to loss of flexibility or constriction of blood flow. In treating high blood pressure, doctors usually prescribed diuretics (water pills) to reduce the fluid volume and vasodilators to relax the arteries to reduce the resistance of blood flow or beta-blockers to turn down the pumping action of the heart. 3nB appears to help lower blood pressure by both acting as a diuretic and vasodilator through impacting the production of prostaglandins as well as acting in a similar manner to drugs known as calcium-channel blockers. 3nB has also been shown to lower blood cholesterol levels and reduce the formation of arterial plaque in experimental studies. This effect may increase the elasticity of the blood vessels and also lead to lower blood pressure readings. 3nB also appears to promote some effects on areas and systems of the brain that control vascular resistance.

Is a natural plant substance that has a concentrated source of oligomeric proanthocyanidins (OPC). These anti-oxidants help protect cells from free radical damage and also promotes healthy circulation. Grape Seed Extract is rich in polyphenols, a compound that’s high in antioxidants. Studies have shown OPC to be more powerful antioxidants than vitamin C, E, and beta-carotene. There are countless studies that demonstrates the many health benefits of grape seed extract. It has been extensively researched across the globe. In the research of Dr. Jacques Masquelier et al., the Pasteur & Huntington Institutes and 7 other leading Universities in Europe, Grape Seed Extract has been shown exceptionally effective fighting against free radicals in the body.

Whats the suggested use for Advanced Cycle Support Rx?

As a dietary supplement, take two (2) capsules daily with food. This product can be used on, or off cycle for any length of time. 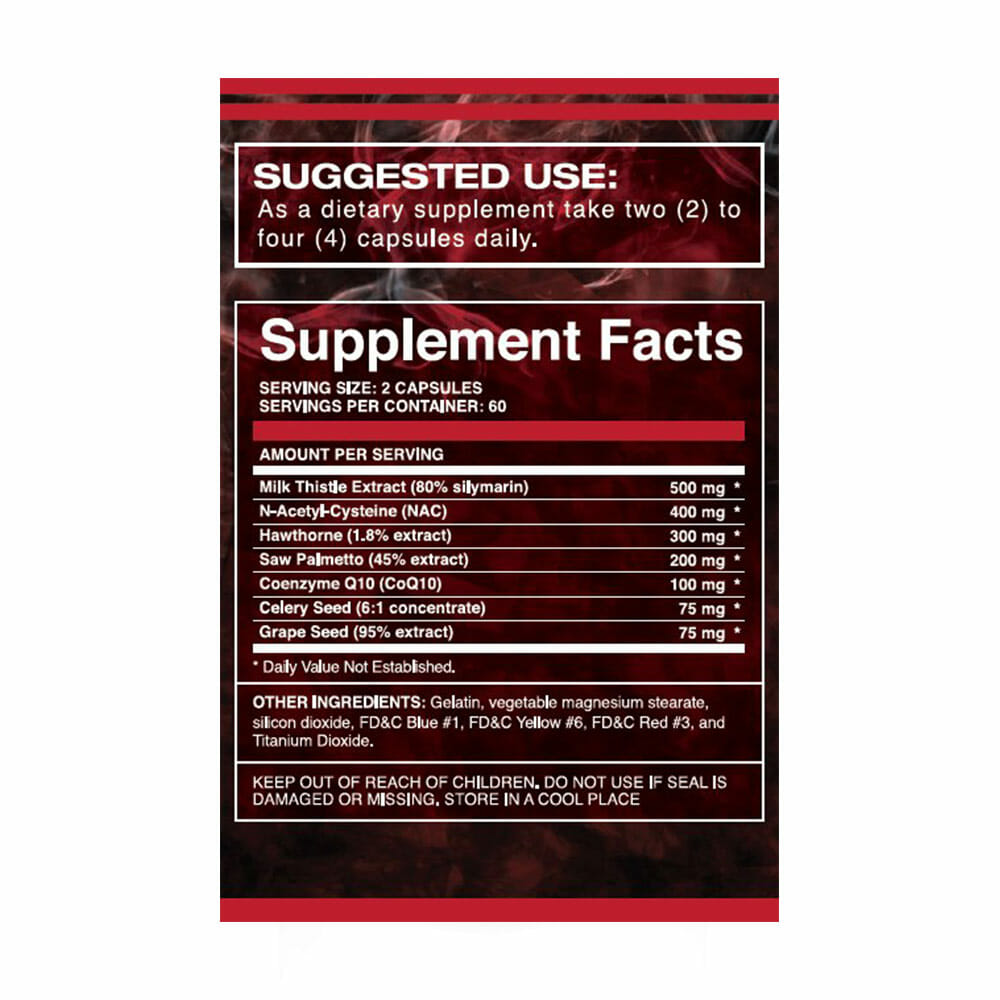 Keep out of reach of children. This product is only intended to be consumed by persons 18 years of age or older. Pregnant or nursing women should not use this product. Consult with your physician prior to use.