Get Bigger and Stronger with Pump Juice Extreme

Pump Juice Extreme is back and its better than ever! Don’t know that I’m talking about? I feel sorry for you but fear not that’s what I’m here for. Pump Juice Extreme is the new and improved pre-workout from Muscle Research and like the name says, it’s great for extreme pumps and energy in the gym with focus like no other. The best part of it all, one scoop is all you need.

I get what you’re thinking, I’m reading this article on MR Supps, obviously they will claim it to be the best pre-workout just to drive up their sales. Well, sorry to say but this product actually has scientifically proven ingredients in just the right doses to back up its claims.

Let’s take a look at some of the ingredients in Pump Juice Extreme:

This is a double buffered version of creatine. It is created by adding sodium carbonate as well as sodium bi-carbonate to creatine. This increases the PH level of the creatine making it very alkaline, therefore making it a highly efficient buffer to lactic acid. This type of creatine is also absorbed rapidly and efficiently by the body as compared to other types of creatine which results in better pumps, longer workouts and better cell hydration. There is no need for loading with this type of creatine.

This new unique formula is the first to be produced in such a high, yet stable concentration, 65% as compared to previous ones which were only stable at around 5-12% concentration. The type of Glycerol found in HydroMax is readily and easily absorbed within the body, which increases hydration within the blood and tissues. This helps us to store extra water, which results in better pumps, longer workouts and a delayed dehydration response.

Agmatine is derived from the amino acid L-Arginine, which was long thought to be the best thing for increasing Nitric Oxide, which is responsible for blood engorged muscle pumps. However, later we realized that it wasn’t Arginine itself but its conversion in to Agmatine which was responsible for the pump. Agmatine works by inhibiting the nitric oxide synthase enzyme and this allows it to better regulate nitric oxide levels within the body. These two types of Agmatine are much more easily and rapidly absorbed within the body, just what you need pre-workout.

Citrulline is found most abundantly in watermelons and is also naturally manufactured within the human liver by combining different amino acids. It helps the liver eliminate toxins such as ammonia and other nitrogen related toxins. However, it also helps to increase the production of Nitric Oxide within the cells which as we all know promotes better blood flow and muscle pumps. Citrulline has also been found in various studies to increase growth hormone levels in individuals that weight train and also helps to delay the onset of soreness allowing for improved recovery times and longer workouts.

We all know what caffeine is but this is type of caffeine has been bonded with Malic Acid (which can naturally be found in apples) to create a type of caffeine that is much more effective as it has been found to improve mental focus and thermogenesis. Malic acid has also been known to help fight fatigue therefore, in this combination, it helps you to work out for longer periods of time with minimal rest periods.

In this variety, the caffeine has been mixed with citric acid as well as sodium citrate. Sodium as you may know is very efficient when it comes to absorbability within the blood and therefore, in this case, helps the caffeine to get released in our bloodstreams much quicker and much more efficiently. Just what you need for a pre-workout kick!

This alkaloid is most commonly found in cocoa. This alkaloid is one of the reasons that dark chocolate is considered so healthy. Theobromine is similar to caffeine, however, it has a much weaker effect on the nervous system than caffeine. It has a more significant impact on our heart, instead. Theobromine helps to dilate blood vessels and temporarily increases the heartbeat which results in a lower blood pressure and improved blood flow (good pumps). A lower blood pressure allows you to push harder without fear of over stimulation. 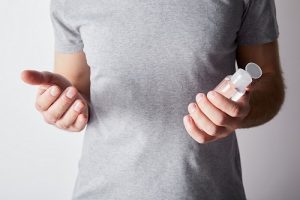 As the world continues to face uncertainty about when COVID-19 will finally be under control, many essential supplies have seemingly disappeared overnight. One of these products that arguably is the 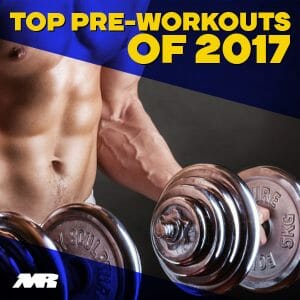 The Top Pre-Workout Supplements of 2017

For bodybuilders or athletes that want to get the most of out their workouts or need that extra push in the gym, there is no supplement more beloved than pre-workout. 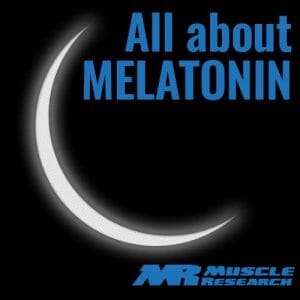 Melatonin is a hormone that is made by the body within the Pineal Gland, which is located in the brain, and this hormone is responsible for your sleep cycles. The