Let’s face it, 90% of us could really use a better, faster metabolism. The faster your metabolism, the more calories you burn while at rest. Who doesn’t want that? Lets discuss 6 Foods that boost metabolism!

I’m not a hard gainer, but if I was, I’d STILL wish I had a faster metabolism just so I could eat more without getting fat! There’s really no magic pill that could do that for you but there are some foods and spices that could give you just a little bit of a boost to help you burn your body fat.

Obviously, overeating even some of these foods will result in a weight gain so make sure to stay within your calorie limits.

Cayenne– This wonderful spice has been used in ancient cultures as medicine because of its ability to raise your body’s temperature (and boosting metabolism). It is also known to release the feel good chemicals, endorphins, which gives you that oh so good feeling after having a nice warm spicy meal. It also helps to regulate your blood pressure and reduce inflammation. This may sound crazy but, in the winter months, I like to drink a warm glass of lemon water with a tsp of cayenne. Try it out and you’ll notice increased energy, a warm fuzzy feeling and just overall a better mood and health.

Cinnamon– Some love it and some hate it but everyone should be having it. Cinnamon is known to raise metabolism and helps your body with digestion which helps your body better breakdown food and absorb nutrients rather than just storing it as excess fat. A bonus is that it helps to regulate blood sugar levels, resulting in better insulin sensitivity, which is essential to any fat loss plan.

Green tea– Pick up just about any fat burning supplement and you’ll see green tea or green tea extract on the supplement fact label. This is because drinking a few cups of green tea throughout the day has shown to raise metabolism and due to its caffeine content, burn more calories during workouts. Try to limit yourself to 2-3 cups though as the caffeine can have a negative impact on your sleep quality, which as we all know, is crucial to any fat burning program.

Coffee– My favorite! The day doesn’t start unless I’ve had at least 2 cups of coffee. Caffeine is well known for its metabolism boosting properties and if taken before a workout, helps to burn more calories by increasing your energy levels, allowing you to do more work in the gym. Make sure to not drink too late and to have extra water as caffeine is a diuretic and can leave you dehydrated. Also, avoid the sugar and cream as they are loaded with calories and simple sugars that will wreak havoc on your body.

Complex carbs– Sudden insulin spikes from simple carbs can signal the body to start storing fat. Therefore, slow digesting, fiber rich carbs such as brown rice, oatmeal and quinoa can help you burn fat as the insulin response from these foods is slow and stable. This is one of my favorite foods that boost metabolism.

High-fat foods– Do NOT be afraid to eat fat. Good healthy fats such as those found in fish, olive oil, avocados, seeds and nuts is crucial to good health. They are needed by the body to regulate your natural hormones which keeps your body functioning normally. If your hormones are out control (such as too much estrogen), your body will enter storage mode and save more of the food you eat as fat.

I hope that this small article helps you understand and try more foods that boost metabolism to further your journey. 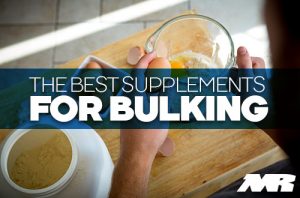 The Best Supplements For Bulking

Supplements for Bulking While a well-maintained diet and training schedule are crucial when bulking, there are many supplements that can help you achieve your target goals. To help get you

How to Improve Posture

If you’re an average human being living in the average world working an average desk job, then there’s a good chance that you have a weak posture. It happens to 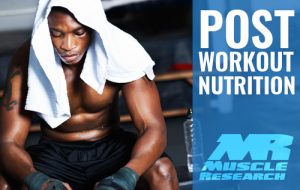